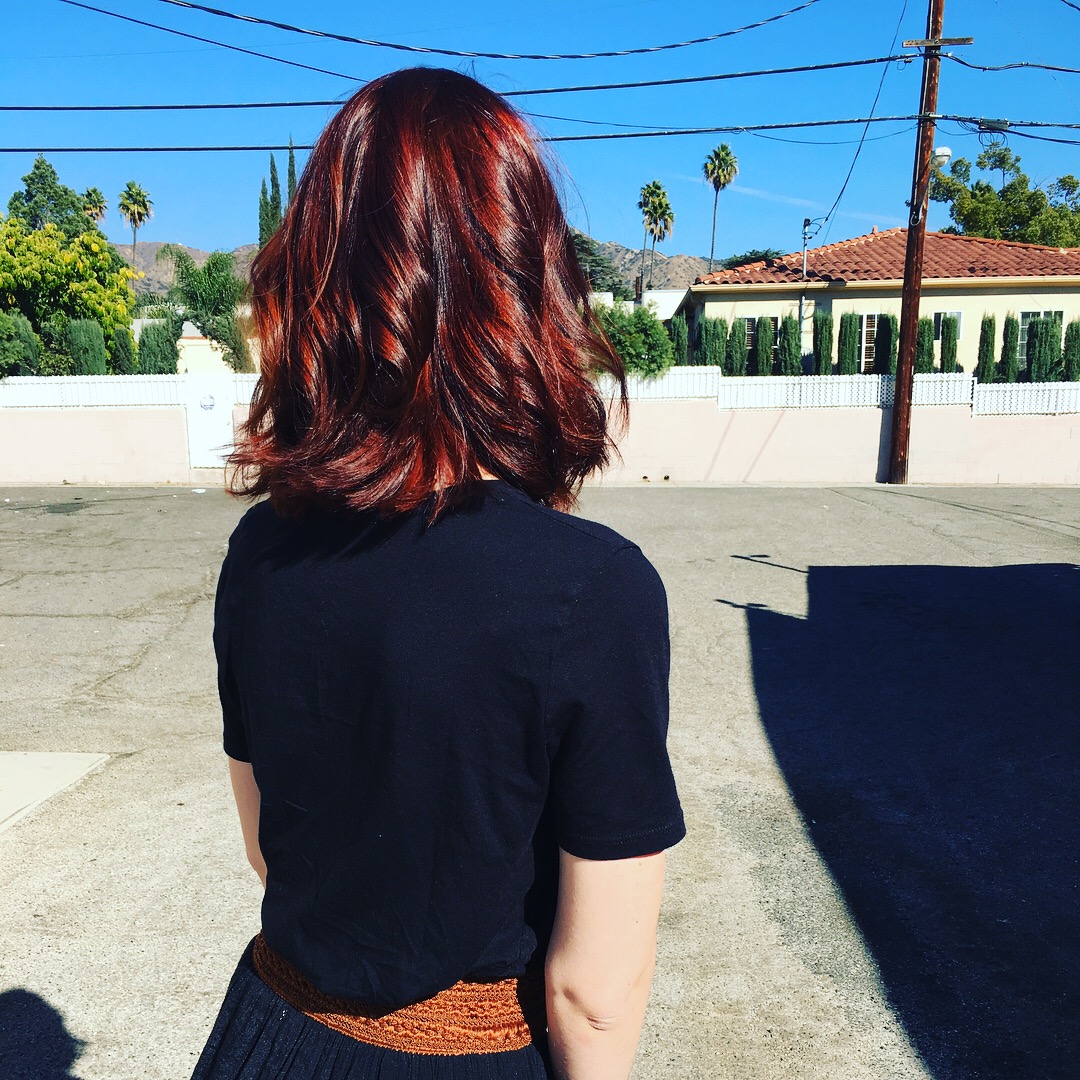 In Hans Zimmer’s recent Netflix Concert Special, ‘Live in Prague’, one of the most prolific composers of our time spends a good five minutes bragging to the audience about the prodigious talents of his drummer. He then praises the skill of his cellist, and expresses gratitude to his violinist for agreeing to tour with him. Not once does he speak of himself or of his accomplishments without mentioning someone who helped him along the way.

Then, Zimmer sits down at the piano, and with the help of his exceptionally talented band, plays some of the most legendary movie score compositions in cinematic history.

All of which he created.

Zimmer is one of the many influential people who models this unique blend of confidence and humility beautifully. He leads without pretense, creates without the need for praise, and changes the world by simply being the best version of himself. This kind of understanding of self is learned, and not easy to master. But I believe that the key to discovering the perfect combination of confidence and humility lies in the fact that they are actually two sides of the same coin.

Not convinced? Let’s look at what these words actually mean.

Confidence: a feeling of self-assurance arising from one’s appreciation of one’s own abilities or qualities.

Humility: a modest or low view of one’s own importance.

The common core of both of these traits is the ability to see oneself accurately. So…

What if we merged them together to create the ideal mindset?

Humble Confidence: The realistic acknowledgement and acceptance of one’s self, one’s abilities, and one’s level of importance in any given context.

Having humble confidence manifests itself in an un-exaggerated view of one’s own good and bad qualities. It’s all about seeing oneself clearly and thereby acting appropriately based on that perception. This cuts out the need for balancing between humility and confidence by simply putting the two characteristics on the level playing field of reality.

But how do we achieve this kind of mindset?

1. By Facing the Facts

Having humble confidence is all about embracing ourselves for who we are. This means we must see ourselves, our gifts, and our abilities in a realistic light to accurately appreciate them. Therefore, one of the biggest killers of humble confidence is when we lean too far to an extreme, either by over/undervaluing our good traits, or over/underestimating our bad ones. This tilted perception leads to either arrogance or self deprecation, two characteristics that are not exactly admirable.

In order to gain a realistic view of ourselves, we simply have to evaluate the facts and draw conclusions about ourselves based on them.

For example, let’s say a young man named Mario is training to become a tennis pro. He’s on the court four hours a day, mastering every aspect of his game with his coaches. He consistently wins tournaments and is a favorite for some of the high level international competitions.

After a particularly impressive match in which he swept the competition away, suppose a person from the audience comes up to him and says, “You are such a fantastic player! Your hard work is obviously paying off.”

Mario could respond in one of three ways.

This statement is not only inaccurate – disproven by his history of triumphant wins –  but it also completely discounts the blood, sweat and tears he has poured into mastering his craft. Self depreciation is damaging not only to the person expressing it, but also to the person trying to recognize and appreciate the talent. It’s insecurity masquerading as humility, making one come off as disingenuous because of their refusal to acknowledge reality.

2. Arrogance: “I know right?” He smirks, “I could probably beat Roger Federer if I got him on the court.”

This statement shows Mario as having an exaggerated view of his own abilities. Though he has been successful in his career thus far, to claim that his skill level could supersede the skill level of one of the best tennis players in the world is ridiculous. His reaction to the compliment comes off as arrogant as he cannot realistically fulfill the precedent he set for himself. This skewed view disqualifies Mario from being taken seriously in any realistic self-assessment.

3. Humble Confidence: “Thank you.” He says, “I’ve worked really hard to get to where I am now and I’m excited to see where this next year of training will take me.”

This statement shows Mario to be confident in his skills and acknowledges his own hard work, while still being aware of the room for improvement in his game.

1.He graciously accepts the compliment and appreciates that his skills are being recognized.

2. He affirms the spectator’s assumption of his efforts, attributing his success to his dedication.

3. He expresses his enthusiasm around becoming better, showing that he recognizes his own room for improvement.

This kind of statement shows that Mario is grounded in reality in regards to his own ability. He doesn’t under or over-value his skill; rather he recognizes it for what it is now and excitedly look towards what it will become in the future.

It is not arrogant to appreciate the hard work it took to become the person you are today, nor is it self-depreciating to acknowledge that you still have room to grow. Facing the facts is about having a realistic perspective of who you are based on where you stand in the grand scheme of things. It is the first step in developing true humble confidence.

Humble confidence is not only about appreciating one’s own abilities and acknowledging where one has room to grow, it’s also about understanding how to utilize this trait appropriately when interacting with others in different settings.

Picture this: A CEO strides into the boardroom of her own company.

She is the lead decision maker, the boss babe, and the one that all of the employees look to for direction. She has worked in her industry for over 25 years and fought her way to the top of the totem pole through hard work, determination, and endurance.

Would it then be seen as humility if she sat in the back of the room and didn’t say a word as her employees scrambled to figure out what to do next?

No! That would be poor leadership.

Because she holds the position of authority in the boardroom, she would need to use her influence to help guide her team in the direction she deems appropriate, while simultaneously empowering them to reach their full potential in leadership as well.

However, if this same CEO walked into a church and went up to the pulpit to start preaching, would that be seen as confidence?

No! That would be arrogance. She was not given the authority to speak to the congregation out of a place of leadership. The church is not her boardroom. It would be more appropriate for her to sit in one of the pews and listen to a pastor who earned the respect of her congregation, and therefore the right to teach them.

Notice – how the woman perceives herself did not have to change between scenarios. She simply adjusted the way she presented herself in each situation to fit the level of authority she had earned, changing her behavior to be appropriate for where she was, who she was with, and why she was there.

Context warrants certain kinds of behavior, regardless of one’s position in life. A crucial part of humble confidence is the ability to identify these contexts and react to them appropriately.

Albert Einstein once said, “The more I learn, the more I realize how much I don’t know.” The most successful people in the world are the ones who recognize that they don’t have all the answers, but value themselves enough to exert the effort it takes to find them. They don’t compare themselves to others; instead they compare who they were yesterday to who they are today, and look for the improvements.

However, sustaining this growth mindset over long periods of time has everything to do with humble confidence.

To illustrate, let’s say we set a coin to spin on a table. As long as it’s spinning, it represents someone growing and moving forward in their life. But the second it stops, it falls on either heads or tails.

Heads (Arrogance): One reason someone stops growing is because they don’t think they need to anymore. They think they have things pretty figured out and they’re comfortable staying stagnant in their professional, spiritual and relational development because it’s easier than trying to uncover the ways in which they are still falling short. If they don’t see the reason to change, why put in the effort?

Tails (Self Depreciation): The other reason someone stops growing is because they don’t think they have what it takes to become the person they want to be, so they give up. Because the obstacles look too big, and the road to a healthy perspective looks too hard,  they make the excuse that they’d never be able to make it anyway and settle for staying the same.

Ernest Hemingway once said, “There is nothing noble in being superior to your fellow man; true nobility is being noble to your former self.” By staying motivated to grow, the coin does not ever have to stop spinning. This motivation towards growth has nothing to do with one’s occupation, nor one’s level of monetary success; it has everything to do with the humility it takes to recognize weaknesses, and the confidence it takes to turn them into strengths.

Whether you are a stay at home mom, an aspiring artist or a future President, humble confidence is an attribute that will do nothing but move you towards your best self. Recognizing and appreciating the person that you are, while continually striving towards becoming the best version of yourself will add to your health and happiness in every area of your life. Humble confidence results in someone who doesn’t have to exaggerate their abilities to feel appreciated, nor lessen themselves to understand that they’re not perfect. They simply are who they are, and see themselves clearly enough to accept that.

Originally published May 16th, 2018 on bevalyouable.com