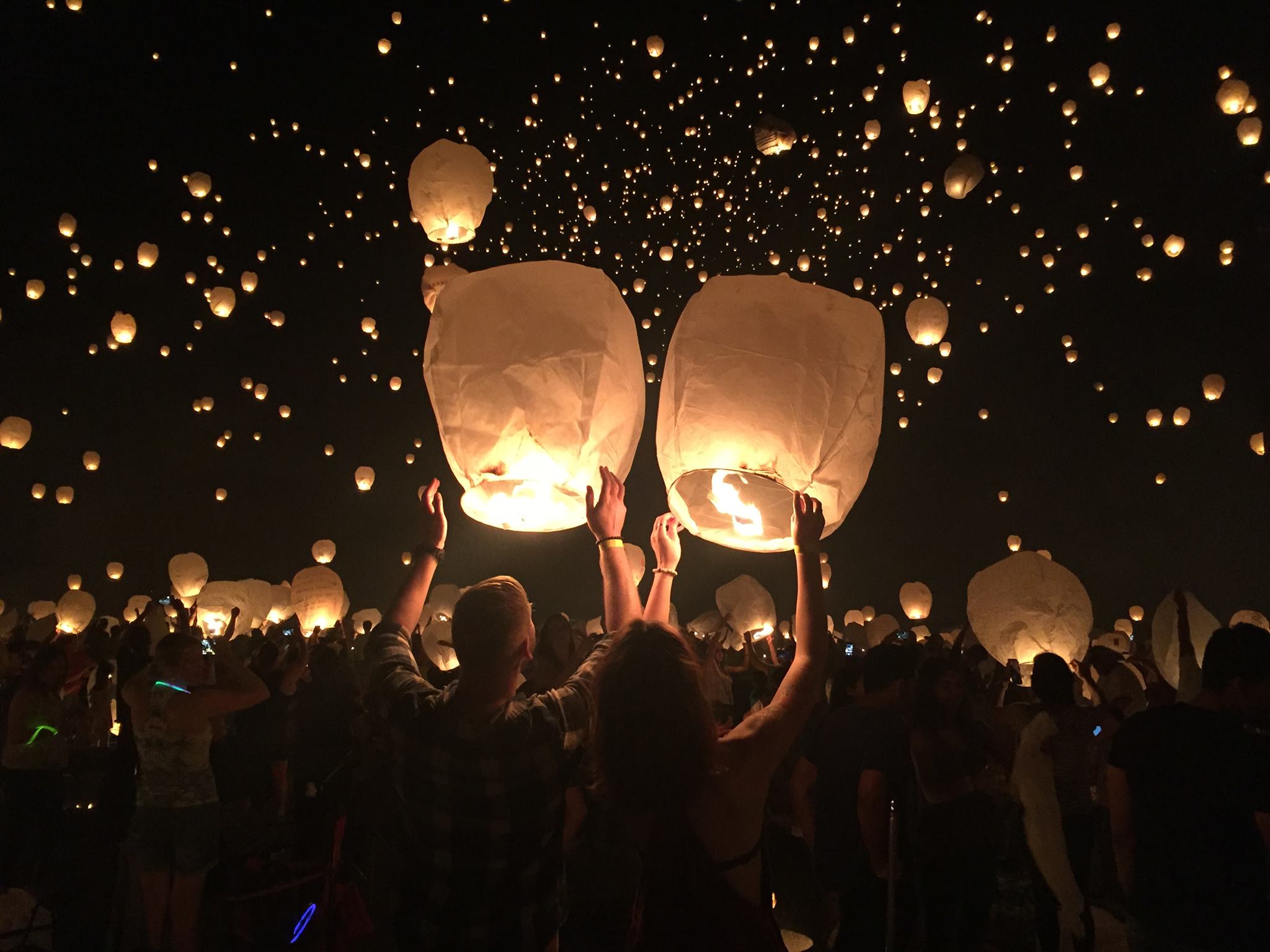 I stared at my boyfriend over my Starbucks coffee mug, dumbfounded.

“Breanna, we can’t be together.” He said again slowly, his eyes silently begging me to understand. “It’s never going to work. Your dreams are too big.”

His words struck me in the chest, knocking the wind out from within me. He carried on as if he didn’t notice.

“I like you, but I want to go into business.” He said. “I need someone who can be there and support me in that. And… you just can’t. You want to go too many places and we wouldn’t be able to raise a family if you were off doing your own thing. It would never work.”

I sat back in my chair, speechless. I tried to imagine myself becoming this ‘perfect woman’: Less ambitious, probably less opinionated, and simply content with being there when he needed me.

I imagined my dreams of being a world traveler, touring musician and motivational speaker unfulfilled, pushed down to the deepest recesses of my soul to please him.

We sat in awkward silence for a minute.

“You know,” he said sheepishly, “You’ve always intimidated me.”

I took a sip of my coffee.

And that’s how my ex and I broke up. We were obviously not right for each other and I was thankful for his honesty. But the fact that he was looking for a partner who’d be willing to let go of the dreams she had that didn’t directly fit with his agenda – struck a chord.

After my breakup, I became curious. I asked some of my ambitious friends if they had ever been in a relationship with someone who resented or didn’t encourage them in their dreams. Their answers were all pretty similar:

Many of them had, but their stories were all different. There wasn’t one, cookie-cutter dream killer that we all had to look out for: there were a few variations. After many nights of ice cream and good conversations, I’ve identified four kinds of people that dreamers tend to come across when looking for a potential partner.

(Note – These symbolic partner examples are all represented as men, but this can absolutely be true of women as well)

This is the guy who is passively supportive of your dreams primarily because he doesn’t have any of his own. He doesn’t seem to have the motivation to work towards a stable and fulfilling career. He jumps from low paying job to low paying job without a future goal in mind, making the excuse that he’s still “figuring stuff out” when in reality he is simply stagnant. He constantly settles for mediocrity in his job and never goes above and beyond in anything he does. He is content just garnering monetary, emotional, and situational enablement from you, his parents and even his friends. Though he encourages your ambitions, you feel suffocated because it seems like he would fall apart without you. When you ask about his hopes for the future, he says something like, “All I care about is that I have you!”. Though this could be interpreted as romantic, in reality, it’s a sign of an unhealthy emotional dependency and his inability to productively move forward.

This guy is the envy of all of your friends on the outside but is absent behind closed doors. He has the money, the looks, the ambition, and just like you his sights are set on greater things. However, you notice that he has tendencies towards workaholism. The required day to day tasks, such as taking care of the house or even scheduling time in to see each other are assumed to be your responsibilities. He is so caught up in his own career that he neglects to be there in the little things and has a hard time consistently pulling his weight in the relationship. When you talk about big life decisions such as moving in together or the possibility of having kids, he assumes that you will give up whatever you have to in order to make it work because compromise is not really a part of his vocabulary. Though it might not ever be said aloud, it’s insinuated that your dreams aren’t as important as his and that if push comes to shove, his goals take precedent. He is so tunnel visioned on his career aspirations that he sees his success and ability to climb the corporate ladder as his main relational contributions. His ambition takes center stage, even over your relationship, leaving you feeling misunderstood, unappreciated and unsupported.

This is the guy who has a serious lack of self-confidence. Though he may have big goals, he’s not quite sure how to make them a reality. He assumes that everyone is farther ahead of him in their understanding of how to win at life and it bruises his fragile ego. Instead of being inspired, he is threatened by a woman who doesn’t limit herself by the fear of potential rejection or the possibility of failure. He lacks a clear sense of self and is more comfortable when his partner is slightly off balance so he doesn’t feel lesser by comparison. He tells you he feels unsupported and needs more of your time, yet it never seems to be enough. He likes to comfort you when you are down or when things aren’t working out but becomes uncomfortable when you are on an upward trajectory in your career. If you exude too much confidence in yourself, things get awkward or even hostile. The comparison game is constantly played and rather than feeling empowered, you feel like you must always lessen yourself to make him feel secure.

This is the guy whose sense of self-worth is not affected by who you are, where you’re going or what you want to be. He is independent and does not use you as an emotional or financial crutch. Though his ambitions may have a slightly lesser level of intensity, he has dreams of his own that he pursues with consistency and passion. He recognizes your hopes for the future as an integral part of who you are and makes sure you feel supported. He’s your biggest fan, while also reaffirming your value outside of what you are able to accomplish. You look out for each other, respect each other and offer emotional, mental and spiritual support when the going gets tough. This guy understands the importance of compromise and is able to give certain things up in order to make the relationship work while rightfully expecting the same from you. You see each other as equals and no matter what your future plans are, you consistently encourage each other to be the best versions of yourselves. He doesn’t ask you to change yourself or your aspirations to fit into a preconceived idea of what he thinks you should be, rather cherishes you for who you are and is proud of your pursuits.

Moral of the story: Be a Garrett. Get a Garrett (if you want one). Go take on the world together.