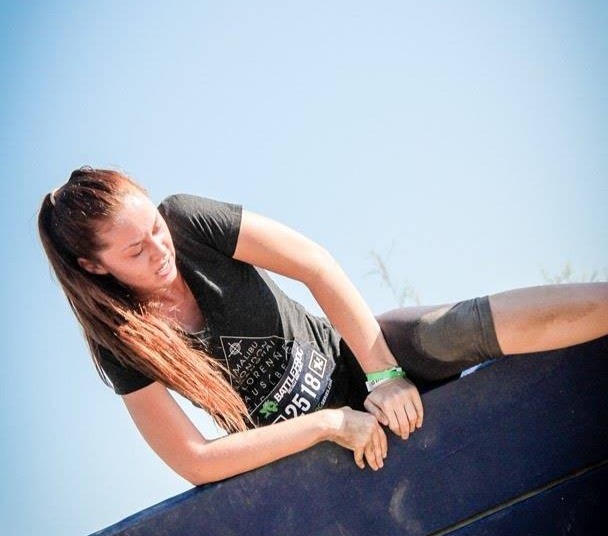 For as long as I can remember, I wanted to be the girl who had all of the answers. The strong one, the fearless, independent leader who could knock down every obstacle and single handedly conquer all of my own fears. I wanted to be someone others could look up to, and I thought that meant always having my sh*t together.

That is, until the cracks began to show.

The breaking point was when my best friend confronted me.

“You never let people ask about how you’re doing,” She said, “You constantly deflect the question and start asking about them. You know that’s not healthy right?”

It was the pebble that started an avalanche. As time went on, hair thin fissures started spider webbing across the perfectly smooth mask of deflection, charm, and avoidance I had placed over a face constantly grimaced in pain. One right after the other, the pieces of my life started to fall around me, revealing a woman with a tattered self image, anger, unrelenting sadness and a desperate longing for direction that I couldn’t seem to find.

I was – and in many ways still am – a broken person.

Upon this realization, my mind went into hyperdrive. “I have to fix this!” my inner voice shrieked in panic. In the confines of my room, I started Googling everything I could think of to understand how to fix my problems without anyone else knowing that I had them in the first place.

Google spat out a plethora of self help blogs, motivational videos and an endless amount of Psychology Today articles. But the hole in my heart seemed to gape wider with every scroll. No matter how many authors told me that life would eventually get better, I knew that I had issues that a simple blog post was not going to fix.

I needed someone to understand what I was going through and care enough to stick with me through the good and the bad.

I needed to let someone in long enough for them to see the real me rather than the person I had created.

We are surrounded by superheroes, masked in indifference and cloaked in a one dimensional kind of ‘strength’, seemingly unaffected by emotional hardships or pain. Many times, these characters-turned role models are seen on the silver screen – but they aren’t confined there. Whether it be parents fighting behind closed doors one minute and smiling when the neighbors drop by the next, or friends who don’t know how to talk about their emotions so they numb themselves with substances to not feel pain, many of us are surrounded by unhealthy examples of how to deal with emotions.

Some of these methods are perpetuated by our culture. Men tend to hear emotion killing phrases like, “Men don’t cry”, or “Act like a man”. These kind of sentiments aim to make men feel weak for simply feeling. This can lead some boys and men to (metaphorically speaking) throw all of their feelings of vulnerability, pain, and even tenderness into the forgotten corners of their hearts, covering them with a blanket of machismo meant to distract people from the parts of them that feel misunderstood. Meanwhile, they’re suffocating.

Women on the other hand are encouraged to express their emotions, but sometimes choose to protect themselves instead, turning off their feelings as a defense mechanism against getting hurt. They paste on a smile and some days can even convince themselves that everything is fine – but when someone gets too close, they shut down up. This can eventually lead to a numbness that starts to feel safer than exposing the scars to a world that made them.

I used to be of the mindset that as long as I looked ok on the outside, I would put up with whatever I needed to on the inside to maintain that facade. But there came a point where I knew that I would never be truly happy until I looked at the hard stuff. And for me, looking at the hard stuff meant telling people about it.

The reality is that some situations we find ourselves in are like quicksand – we’ve been stuck in them for so long that we’re waist deep in our own issues before we realize that we are trapped. We try to wriggle out on our own, but we’re so engulfed in our own personal pain that the more we struggle to get out, the deeper we sink. Sometimes, the only way to get out is to cry for help.

If you feel lost, broken or misunderstood, you are not alone. Though the idea of asking for help may be scary, here are four reasons why it might be the best thing for you.

1. You can actually get the help you need.

If you feel stuck in a rut of negativity, seeking counseling, a mentor, or even a friend who is willing to listen and advise can lead to the breakthrough you’ve been looking for. I began seeing a counselor recently, and I can honestly say it’s one of the best decisions I have made. My limited life experience prevented me from adequately understanding some of my problems by myself and blinded me to some of the solutions that were staring me right in the face. I needed that extra support and an outside perspective to get me on track towards a healthy mindset. Letting (qualified and caring) people into your problems may allow them to guide you in ways that you wouldn’t expect. The reality is that if you ask for the help you need, you might actually get it.a springlin

Isolation is the enemy of healing. It’s where pain is magnified, while fear and shame can fester if left unchecked. When we don’t allow others into our messy world, it feels like we are alone in it. But we’re only alone if we want to be. The truth is, everyone has their issues. Everyone has pain that they have to deal with. Everyone has a past, and for many, it’s stained with sadness and anger, with a sprinkling of some joy and beauty. Though our problems may feel overwhelming, we don’t have to deal with them alone when we let others into them. Support groups, small groups, a friend or a counselor can help us look forward towards the light at the end of the tunnel rather than backwards at the darkness we’ve left behind. It’s important that when things get overwhelming to remember that you are not alone.

Brene Brown on the power of vulnerability, TEDTalks 2011

I always believed that in order to be worthy of some of the wonderful relationships I’ve developed over the years, I had to constantly be the strong one. I had to be the one who had everything figured out; the rock that others could lean on when they felt broken. But I didn’t realize that this made me distant and unrelatable. I didn’t let anyone in on the pain that I was feeling – so why should my friends expect me to understand their pain? I thought I was being empathetic by only focusing on others’ problems, while in reality, I was hiding my truest self from the people I loved most. I was afraid that if they saw me for who I really was, which was a girl who felt broken and pretty lost sometimes, that I wouldn’t live up to the ‘standards’ that I imagined they held me to. But this was my excuse to avoid being vulnerable. When I did open up to my friends, it deepened our relationships exponentially. Now I have a group of women that I feel I can rely on; friends that love the good, bad and the ugly sides of me. These relationships can only develop if we learn how to be vulnerable.

4. It could change your path.

There have been so many times that I have tried to make strides in my life and it felt like I was banging my head against a brick wall. I couldn’t see the connection between the mistakes that I was making because they were painted in different industries, relationships, or situations. It was only when I opened up to good friends and a counselor that I slowly started to realize that things didn’t have to stay the way  they were. Speaking with them allowed me to start exploring other options I wouldn’t have considered without their encouragement. I felt empowered to make major changes in my life because I knew I had people behind me, supporting me and cheering me on. When I needed help, I could simply ask for it and they’d be there. Without them, I wouldn’t have had the courage to step outside of my comfort zone to find the solutions to my problems.

Before you open up to people, it’s important to qualify them first. You have to make sure that their opinions and actions will actually help you rather than harm. When you’ve identified a person you would like to ask for support, ask yourself these questions:

You probably know what the answers to those questions should be before you trust someone enough to open up to them (I’ll give you a hint: 1-4: Yes, 5: No). If they hit all of the marks, then you’ve probably got a winner. If you don’t have a person like this in your life, I would highly suggest getting a counselor. There’s no shame in it, and they can really help bring guidance and provide a listening ear as you work things out.

Your struggles do not make you weak. Your pain should not be a source of shame. You are not alone in whatever you are going through, but you will always feel alone if you don’t reach out and ask for help. There are people who love you and who want to be there for you if you would let them. It is ok – no – it is SO MUCH BETTER to ask for help when you need it rather than try to tough out this thing called life out alone. Help will come to those who ask for it.