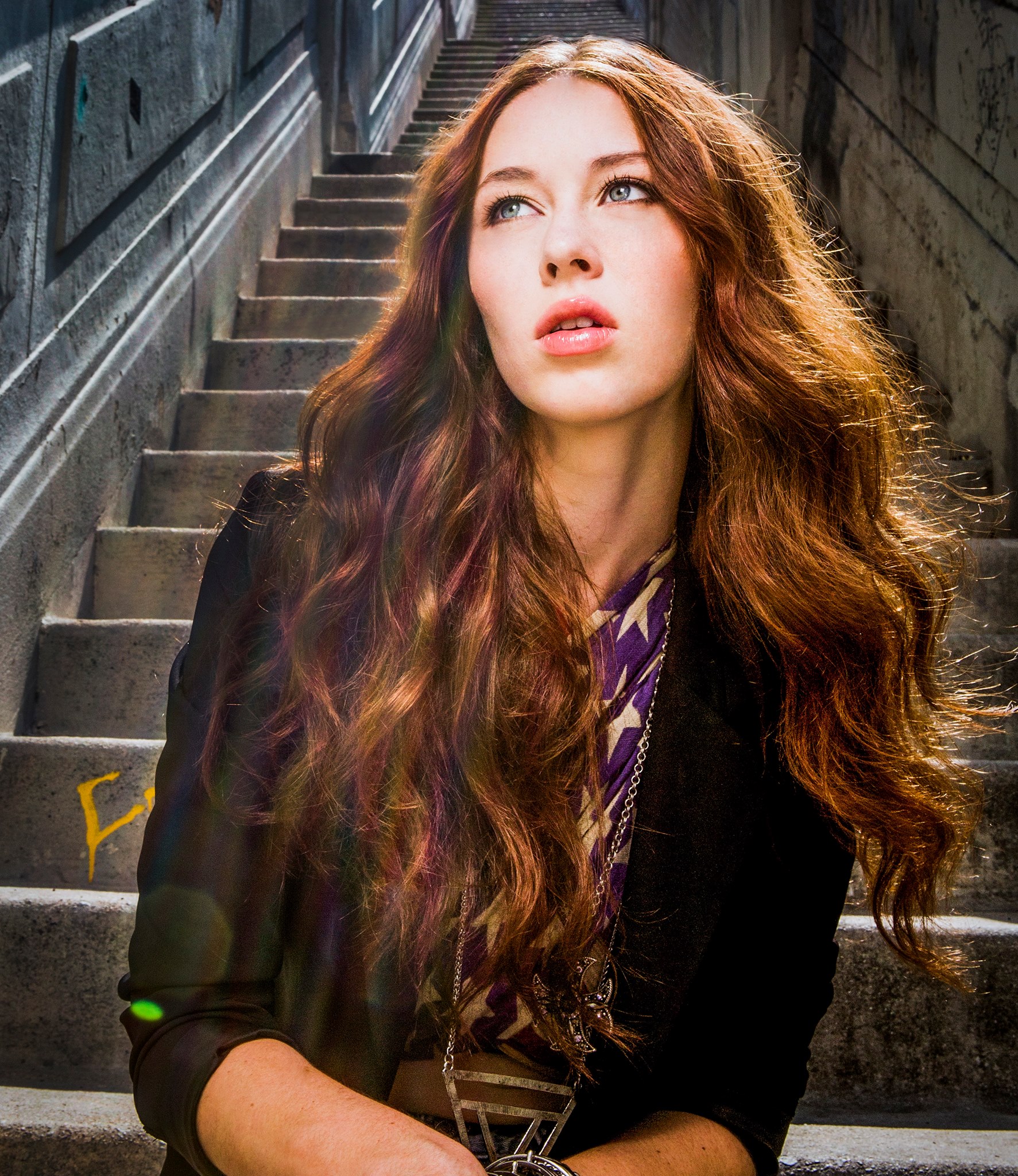 I had never wanted anything so much in my life. I craved it like oxygen. I longed for it to validate my very existence. It was a dream that turned my life into a nightmare; an idol I worshipped even as it cursed me.

My obsession with success developed at about 13 years old when my family moved from Illinois to California for me to pursue a career in acting. I didn’t really know if I had a passion for acting, but nonetheless, it felt like more than just my future was riding on my success in the entertainment industry.

Though never explicitly stated, I implicitly understood that my success would justify us uprooting our lives and leaving everything we had known behind to start over. If I was successful, our family and friends wouldn’t judge us for leaving. If I was successful, any means could’ve been deemed as necessary to warrant the positive results – and any pain would’ve been ‘worth it’.

Therefore, to me, it wasn’t an option to fail.

The years that followed were some of the hardest of my life. Casting calls took the place of classrooms and performing at venues in lieu of going to school dances. I chose to sacrifice normality to fight for the future that felt like my only option. I worked desperately to try to fulfill the potential that so many said they saw in me and labored to become the idea that I had turned into rather than the person I was – one who didn’t quite know what I wanted yet. I was crushed under the pressure to succeed, while balancing dangerously on the precipice of despair, always wondering why I never seemed to be good enough.

After almost ten years, I picked up and moved to a new city to start over. What I found there left me shell shocked.

Before, I had always known what I wanted to be when I grew up. But when I left the expectations that defined my childhood behind, it suddenly hit me.

I had no idea what I wanted to do with my life.

I had no clue who I was nor who I wanted to be.

Who was I without a dream? What was I worth without achievement? What was the meaning of my life if it wasn’t about succeeding to prove a point?

Thus started the long, hard journey that I am still on to this day: redefining success based on what is good for me rather than what looks good for everyone else.

Everything around us sells us this idea of what it means to do it all, have it all, and be it all. We are given a few examples of what it looks like to be successful, and told to replicate them. However, this preoccupation with a one size fits all kind of success, combined with the abidance to an acceptable, predetermined timeline of achievement can indicate the existence of something much deeper than the desire to simply succeed.

It can indicate fear.

This fear makes itself apparent in the questions that we ask ourselves concerning our current circumstances.

Question: “Why can’t I seem to figure out what I want to do with my life?”

Fear: Will I ever find my purpose?

Question: “Am I ever going to have a significant other?”

Fear: Am I lovable?

Question: “What if I don’t make X amount of money in 5 years?”

Fear: If I don’t hit a certain level of monetary success, will people still respect me?

Consequently, how much of our understanding of success is predicated on not having to face the fear that accompanies hard questions like these?

I would venture that it’s probably a lot of it.

But instead of running away from questions that tease at the unknown, what would happen if we ran towards them? If we realized that all because one kind of success makes us comfortable or feel validated, doesn’t mean that it’s right for us? That maybe we all have unique journeys with unique timelines, incomparable to anyone around us, and that to define success, we each have to step out of our comfort zone and figure out what we actually want?

Imagine you are a turtle with your four little legs standing on the bank of a swiftly moving river. You study your surroundings and notice that a solitary box sits next to you. Your instincts are pushing you to navigate this river, but you have to choose how you will do so.

You start to ponder your options.

If you were only concerned with what was at the very end of the river, the smart decision would be to hop in the box and float on the most dominant current, never taking your eyes off of the distant point in which you would soon arrive. You would follow where many had gone before you and assume that since none of them had come back, they must have found what they were looking for at the end of their journey.

Eventually, you would get to the embankment at the end of the river – maybe even quicker than you had initially expected. Excitedly, you’d scurry off your little box onto the shore, taking in the sights and soaking in the sense of accomplishment for reaching your end goal. You’d see other turtles around you, and would start conversing with them about how you’d dedicated your whole journey to get to this moment. They’d all welcome you.

But after a little while, the high might start to wear off. You’d have seen all there is to see on this littler shore and maybe you’d still be curious to see more. Though the embankment is beautiful and might be the dream destination for some, you may feel like something is missing. Let’s say, you decide it’s not for you.

You’d go back to the shore and hop into your box, only to realize that it’s not as easy to go back up the river as it was to go down it. To explore what you missed along the way, you’d have to swim against the current – however you’d never developed the needed muscles to do so, because you’d never had to until now.

Upon coming to this realization, you’d either give up and remain on your beach, or fight against the current until you had the muscles to make it back to where you started.

The second option would be to jump in the water and swim from the start with the intention of exploring along the way. You may not have a destination in mind, but you’d be motivated to discover all of your options, accepting that your journey would look different than that of those around you.

You’d see others floating in their boxes alongside of you, probably moving faster than you could swim, but you wouldn’t feel the need to compare their speed or their trajectory to yours because your paths are unique. You’d find that you’d have the freedom and the strength to branch off and explore little streams you’d come across along your way, seeing new sights and learning new things before paddling back to the current if you chose.

One day, your highly trained eyes might even spot a little opening behind some willow branches. You’d use your strong legs to paddle over to the entrance, swimming under the branches to find the most beautiful pond you’d ever seen. You’d realize in that moment that because you hadn’t assumed what you needed to do, you were willing to look for what you actually wanted.

Some of us know exactly what we want to do from the time we are young and go on to make it our career. Some of us think we know and then change our minds later. Some of us have no idea until we’re much older, and then find the career of our dreams because we never gave up searching. Some of us settle. We all have different journeys that are dictated by our choices in regards to what we are willing to invest our time in, take risks on, and define success by.

The truth is that the end destination of ‘socially accepted’ success is not going to result in happiness for every single person. It’s not that this destination is bad – it’s just that we all have different paths because we all are different people. But the only way that we will allow ourselves to explore the different paths we might want to choose is if we take the pressure off of ourselves to have all of the answers right now.

In reality, your success is whatever YOU want it to be. You could be homeless, traveling the world on nickels and dimes, and if that made you happy, you would be successful. Not everyone is supposed to be a doctor or a lawyer (though thank GOD some people are!). You have one life, and no matter how much you might wish it were someone else’s, it’s yours to decide what to do with. Your choices will be the catalyst for your happiness.

To bring up shelled reptiles again, the story of the tortoise and the hare is a relevant one here. Life is not a sprint; it’s a marathon. It’s not a race to get to the finish line. It’s about consistency, curiosity and endurance.

Oddly enough, life is also a Catch 22: you have time to discover who you want to be, but not enough to waste it on being someone else. You have the freedom to make your own decisions on how you want to live your life, but not enough to change the decisions you’ve already made. You’re uniquely and wonderfully made, yet you are still just like the rest of us – doing the best you can to figure things out.

As theologian Albert Schweitzer once said, “Success is not the key to happiness. Happiness is the key to success. If you love what you are doing, you will be successful.”